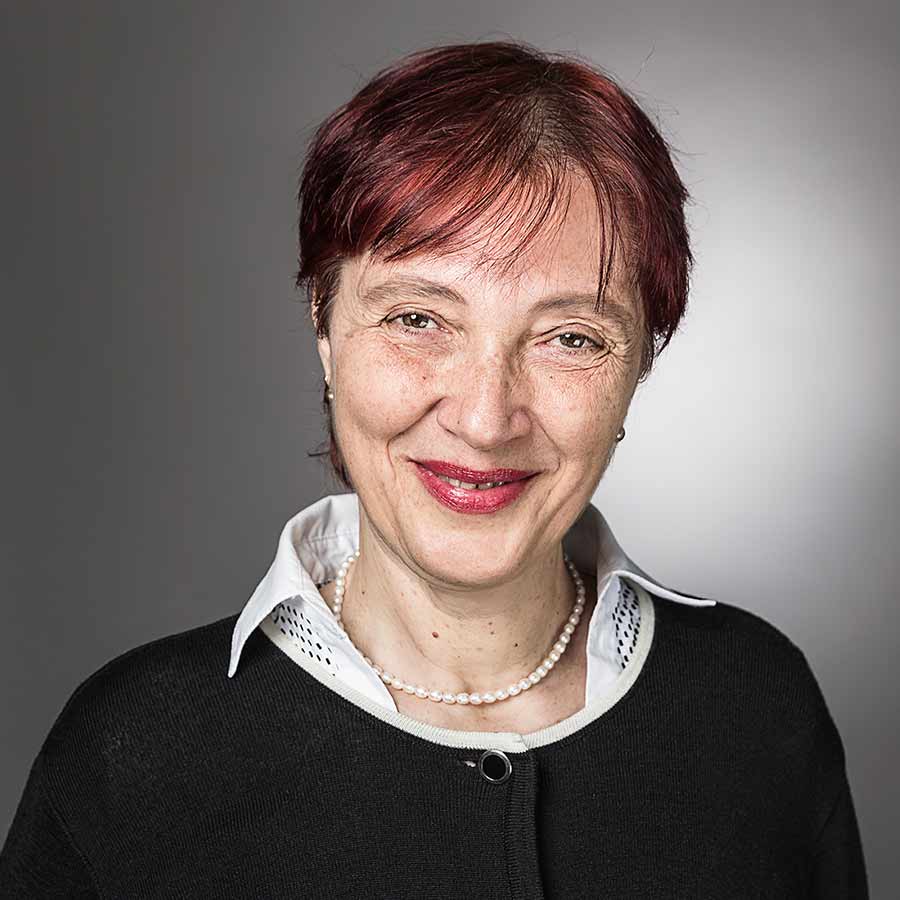 Cornelia Gabriela Palivan was born in Brasov, Romania, where she was educated until University level. She obtained both her BSc (1982) and MSc (1983) degrees at the University of Bucharest. After 7 years at the Institute of Chemical & Pharmaceutical Research, Bucharest, as project leader in various drug research oriented projects, Cornelia took up a position as Teaching Assistant at the University of Bucharest. Between 1992 - 1994, she made the experimental part of her PhD under the supervision of Professor Michel Geoffroy at the University of Geneva where her long held interest in Electron Paramagnetic Resonance of metal complexes began. In 1995, she gained her PhD degrees with Summa cum Laudae at the University of Bucharest, under the supervision of Professor Voicu Grecu. Two years later, Cornelia was appointed as a University Lecturer at Faculty of Physics, University of Bucharest. In 1999, she moved to the Department of Chemistry at the University of Basel where she was involved in projects using Electron Paramagnetic Resonance to characterise paramagnetic centers in free radicals, metal complexes, and proteins. The introduction to pulse EPR methods was made during her research stage with Professor Arthur Schweiger at the ETH Zurich (2003-2004). She returned to Basel in 2004, as Senior Group Leader in the group of Prof. Wolfgang Meier, and started to develop new hybrid materials at the nanoscale by combining self-assembling copolymers with compounds possessing biological activity, such as enzymes and enzyme-mimics. Currently Cornelia is Professor in Physical Chemistry of the University of Basel, and the expertise of her group lies in particular in the design of bio-synthetic hybrid systems (nanoreactors, processors, electron-transfer nanodevices, and metal-exposed polymer membranes).

Cornelia was awarded a number of fellowships during her career:
Royal Society fellowship, EC-COST research fellowship, and TEMPUS mobility fellowship, supporting her collaboration with Dr. Bernard Goodman, at the Scottish Crop Research Institute, UK (1992, 1993, and 1998).
In 1999 she was Academic guest at the Department of Physical Chemistry, University of Geneva.

In addition to research which is run jointly with Professor Wolfgang Meier,
Cornelia is scientific reviewer for Elsevier, Wiley, and ACS publications, and is involved in organising the Swiss Soft Days workshops (since 2010).